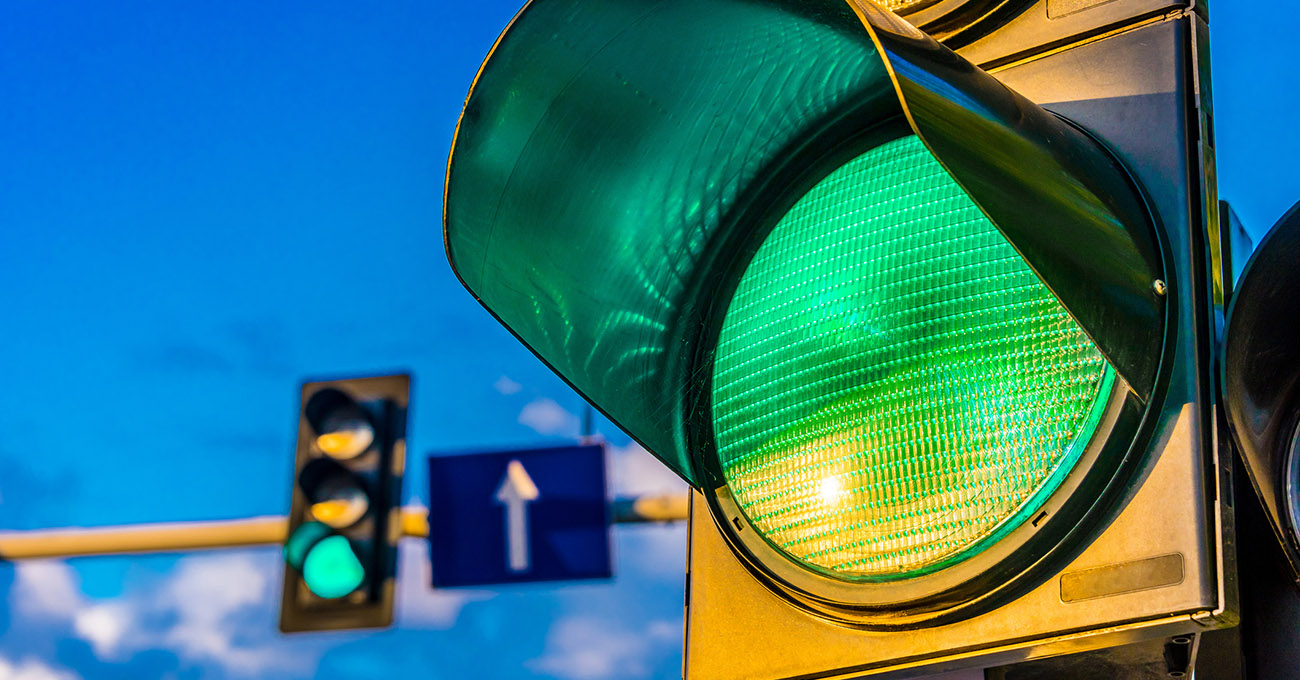 That’s how long it takes for the traffic light at a popular intersection near my house to go from red to green when you approach it from the side street instead of the main thoroughfare. Then it stays green for about ten seconds before switching back to red again, leaving enough time for maybe three cars to get through — assuming that the drivers of one of those cars hasn’t fallen asleep, is reading their text messages, or is simply slow to push the gas pedal.

I only know it’s 45 seconds because I actually made a point of counting it out yesterday as I was sitting there sixth in line, wondering how many cycles I’d have to wait through before I’d get my green light.

Now had you asked me before yesterday, I would have told you that red light lasts for at least two or three minutes. Which I truly believed. Because that’s how long 45 seconds can seem when you’re in a hurry or when you sense, as with this traffic light, that a system has been designed inefficiently.

Because whether we like it or not, perception matters.

This past week, I also had to deal with tech support (on behalf of a client) for a certain paid WordPress plugin (that shall remain nameless). The only option to communicate back and forth with this developer was through a messaging system on their website, which made things difficult right from the start. And these difficulties were only exacerbated by the fact that responses from them came no sooner than half a day and in some cases two or three days. And then to top it all, the tech rep ended up not being terribly helpful, giving me attitude, and basically implying that a shortcoming of their plugin was somehow our fault.

Needless to say, I’m helping the client to identify and implement a different solution for their site now.

Because whether we like it or not, perception matters.

Putting my empathy hat on, I’m willing to give that tech support rep the benefit of the doubt that perhaps he’s just not a great communicator. And that maybe he didn’t realize the things he was writing came off like attitude. And it’s entirely possible that he would have eventually addressed and fixed the issue we were having. But because of the clunky messaging system they have in place, it was taking far too long to arrive at a resolution.

And at the end of the day, it matters less whether the traffic light takes 45 seconds to turn green than whether it feels like two minutes, three minutes, an hour, or a week to us. Because we have things to do and places to be.

No small or solo business owner gets it right all the time. Whatever it is we do for clients, sometimes we’re going to screw up and sometimes our lives are going to get in the way and sometimes things are simply going to take longer than we promised. Which means that how we communicate and the expectations we establish and the systems we put into place make all the difference in the world.

What can we do to make three minutes seem like 45 seconds, instead of the other way around?

What is the story we can tell clients — through our actions — that their time and their needs and their frustrations matter to us?

How can we turn their red lights to green?

JOIN THE TRIBE!
What's Under the Rock
To paraphrase Nietzsche, sometimes when you gaze at what's under a rock, what's under the rock gazes...
The Story of February
So what's the story behind the month of February? (Besides being known for Groundhog Day, the Super ...
It Begins with a Single Step
Welcome to 2020. It's not only a new year but a new decade. And so with it, I have a new blog. It's ...
When a Tree Isn't a Metaphor
Sometimes a tree is just a tree and tells a story all its own. And that story might bring with it is...
It's Not All About the About Page
Our websites and About pages aren't the only places we can tell our business story. Whether we offer...