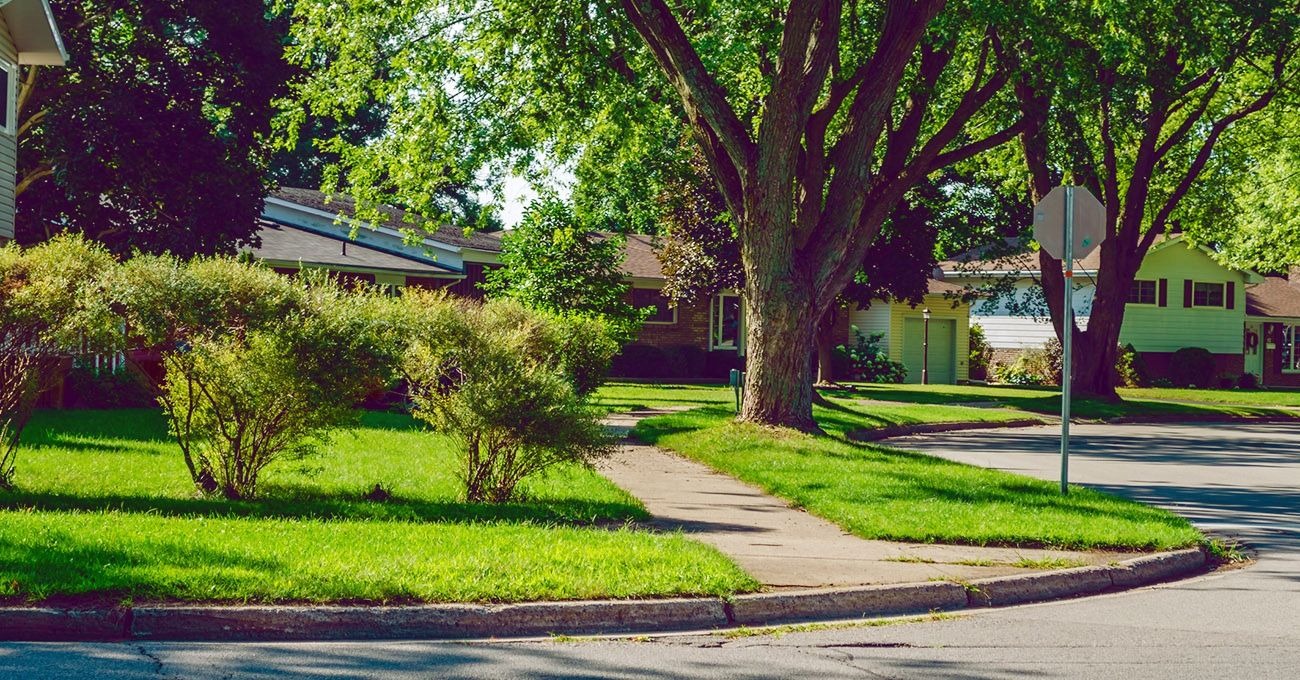 At this point, I’ve given up trying to figure out the weather. All I know is that for whatever reason, we seem to be experiencing autumn-like conditions earlier than usual this year.

This is perfectly fine by me. Cooler temperatures not only mean lower electricity bills, but also ideal walking weather in the morning and evenings.

The part of town we live in is largely residential, with a vast array of tree-lined streets and side streets and dead ends and cul-de-sacs. So technically, I could go out for a walk every day for a year, maybe even five years, and never take the same path twice.

But that’s not what usually happens.

I didn’t really notice until my walk today that I had a standard route I seem to like to take. I start down the hill, take a left on this street, a right on that one, gradually zig-zag my way to the walking track at City Hall, make a few laps, then follow a different, yet equally predictable zig-zag route home.

There’s no rhyme or reason to the path I usually take. It’s not more scenic than other routes. There aren’t more sidewalks or less dogs barking at me for getting too close to their yards. And other side streets would probably have as few cars driving on them.

It’s just the path I happened to carve out for myself over time. And so I suppose it feels familiar. Maybe even comforting.

Today, though, as started to make my way home from the walking track, I was thinking about the article I wrote last week, about “the importance of doing something.”

And I said to myself, “Well, I am doing something. I’m walking.”

“True. But what’s wrong with that? I like this path.”

“There’s nothing wrong with it necessarily. But what if you took a different path for once? Tried out some new streets?”

“Yes, exactly. Do something different.”

This is how it is with me when I go for walks alone. I’d like to be able to tell you that all of this conversation with myself happens only in my head, and that I don’t actually say these things out loud … but I can’t.

Because at the risk of you thinking less of me, I may or may not sometimes take advantage of the fact that I’m wearing headphones to let people think I’m talking to somebody on the phone.

Anyway, so this is how I ended up taking a different path home, by way of some streets that I’m pretty sure I’ve never been on before, even in the car, during the six years we’ve lived in this part of town.

To be honest, I actually got a bit lost at one point. Almost nothing in this area is set up in a sensible grid pattern, not all streets are well marked, and even many of the ones that had signs were names I was familiar with. I was tempted, of course, to simply pull out my phone and check Google Maps to see where I was. But I resisted the urge, knowing that I’d eventually hit something familiar to me.

In the meantime, I not only had a chance to see some lovely houses, but also bits of evidence of the tropical storm that slammed into us exactly two weeks ago.

On almost every block, I saw trees that had recently been reduced to stumps sitting alongside fresh piles of logs.

Even more striking than these were the burnt-out transformers, tangled balls of electrical cable, and telephone poles that looked as if they’d been snapped in half like twigs, all leftovers from rushed repairs jobs, parked at the curb waiting for somebody to come and take them away.

I wondered how long the people on these streets were without electricity and internet. A day? Three days? A week or more? And in what way did that change their lives, for better or worse?

There’s something about having a reason to imagine other people’s stories that somehow makes it easier for me to put my own into perspective.

Because I’ll be honest, even two weeks later, I’m still struggling with some of the heavy issues that were surfaced for me by that storm. I’ve been following my own advice, of course, and doing something. A lot of somethings even, to keep myself busy and productive.

But venturing off my usual path today reminded me that doing something isn’t always enough. That sometimes we also have to do something different. Try different paths. Consider different options. And I’m not sure I’ve been doing enough of that lately.

After all, there’s a comfort to doing what feels familiar to us. What we already know. Especially if it’s worked for us in the past. Different can be scary.

Of course, my usual path wasn’t always my usual path. All of those streets were ones I had to walk down for the first time at some point, as surely as the ones I visited today. And so something new that we do today, for ourselves or our business, may end up being a part of what we usually do tomorrow.

JOIN THE TRIBE!
What Is (and is not) Storytelling?
Effective copywriting is often best at making you think or believe something. But a story told well ...
Why Funnels Aren't Enough
Marketing funnels can be a powerful tool ... right up until we figure out we're in one. It's like th...
Story Winner: JUST Water
The latest "Story Winner" is a company based not far from me here, in Glens Falls, NY. JUST Water ha...
The Cold Months Count Too
As a small business, entrepreneur, or freelancer, did you experience any cold months in 2019? Did yo...
The Six-Question Story: WHY?
As we tell our business story, it’s important to not only consider what our own why is, but what the...