Embrace the Noise and Own the Turn

It all started with a barely noticeable clicking noise.

I didn’t think much of it at the time. After all, the car was ten years old. Which by modern car standards may as well be a lifetime. As we hear so often from pre-Millennial generations like mine, things simply aren’t made to last these days.

This was about nine months ago. As the weeks and months went on, the barely noticeable click grew louder. Passengers in the car started to comment on it. “What’s that noise?”

I simply shrugged it off, “I don’t know. Something in the engine. I’ll have them look at it next time I bring it in for a tuneup.”

A few weeks later, by the time I brought it in for a tuneup, I’d taken to playfully calling my car “Chitty Chitty Bang Bang”. Because that’s how it sounded. Like the old car from the movie, always making a kind of quiet chitty-chitty, chitty-chitty sound. But no bang bang at least, so I wasn’t too worried about it yet.

The verdict from the mechanic was that my A/C compressor was failing. Basically, the entire compressor needed to be replaced, and it would cost more than a thousand dollars to do so. At the time, business was slow for me, so I asked them how critical it was. They said not very, as long as I didn’t need air conditioning and didn’t mind the noises.

Ultimately, I chose to put the repair on hold until I could get the money together. After all, it was already autumn, and things were cooling off for the year. So I didn’t need air conditioning. And I could live with the noise for a little while longer … right?

By the time the holidays rolled around, I regretted the decision. Because by then, a fresh new sound had been added to the mix — kind of an intermittent high-pitched squeal that reminded me of the staccato violin music that plays in the movie Psycho during the classic scene where Janet Leigh gets stabbed repeatedly while taking a shower. 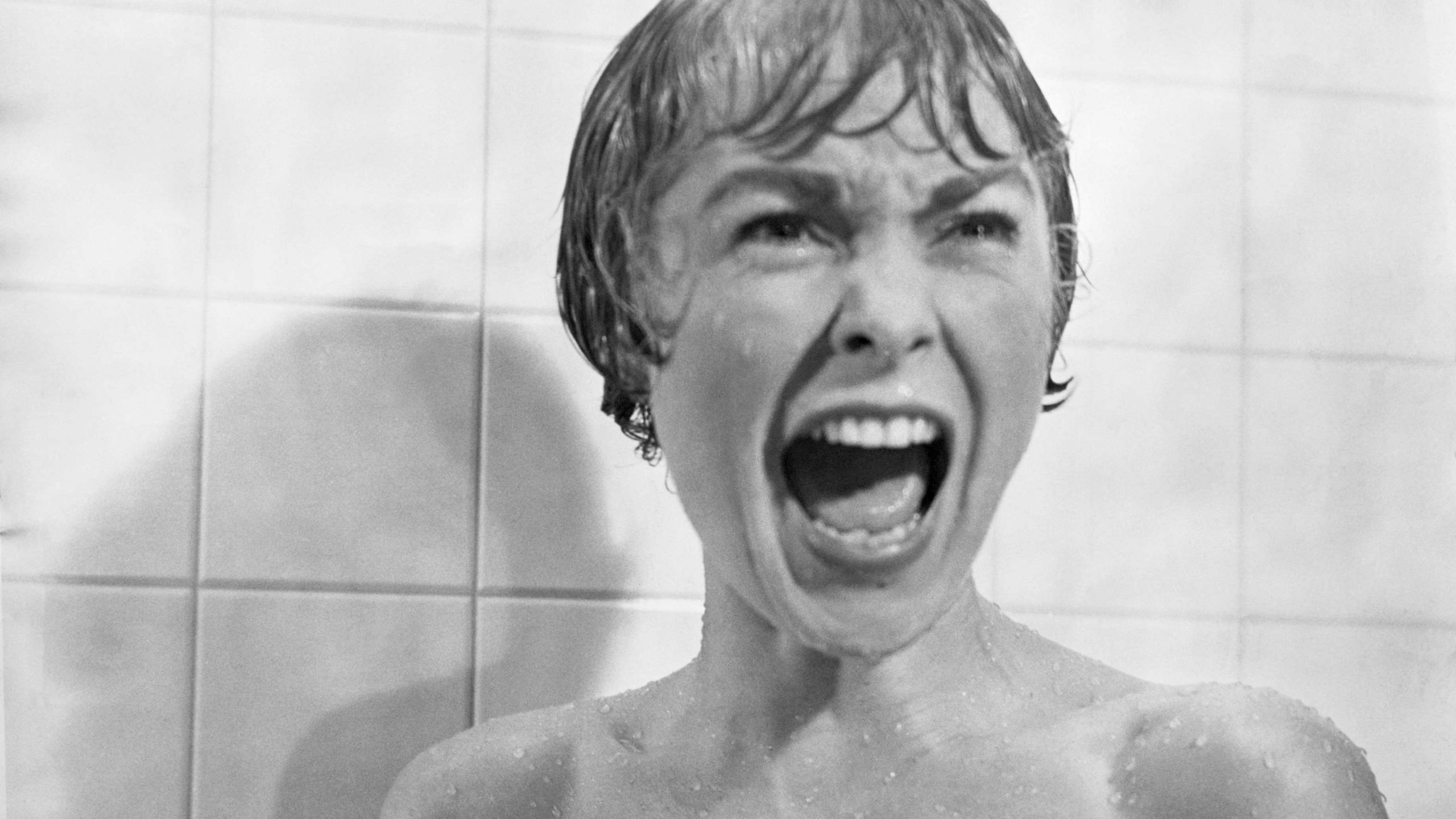 Which is when I started calling the car “Chitty Chitty Stab Stab”.

But it was the holidays. The last thing I had then was an extra thousand dollars lying around to pay for the repair. In fact, I barely used my car at the time, working mostly from home. So as embarrassing as it was to start up the car and have my neighbors give me strange looks, or to startle elderly people and small children in grocery store parking lots, I made the decision to muddle through.

By March, I was just about ready to bite the bullet and get the car fixed. I’d relaunched my website, had a few new clients, and was feeling much more optimistic, financially, about the days ahead.

Well … you know what happened then. The pandemic, the quarantine, and the economic crisis that threw the world into a sideways tailspin. With all of that, the least important thing in the world seemed to be what kind of noises my car was making.

Recently, though, as the weather grows warmer and some restrictions are lifted, I find myself using my car more often. And by this point, it’s noisier than ever. As in, you can hear the loud clinking and clanking coming from half a block away.

For the most part, the Hitchcock-style squealing has faded … but like the ache in my old knees, it returns with a vengeance sometimes on wet and rainy days to remind me it’s still there.

Which is why yesterday I dropped my car off at the mechanic to finally get it fixed. Knock wood, at some point today (maybe tomorrow), I’ll be able to drive it home without experiencing acute pangs of embarrassment at every traffic light and stop sign along the way.

Now I won’t sit here and claim that once my car is repaired, I’ll miss the noises it used to make. Because I won’t. At all. They were emotionally draining and drove me insane at times.

And yet, I’d be lying if I said that dealing with those noises for nine long months didn’t teach me something about being heard. And seen.

For each of us, it’s easy enough to go on for months, years, and even decades quietly doing our thing, maintaining the status quo, hiding behind what’s expected of us in our jobs and relationships.

Until one day, there’s a barely noticeable clicking noise.

We may not even recognize it for what it is at first. Until it gets louder. Then louder still. And eventually so loud that we can’t possibly ignore it anymore. 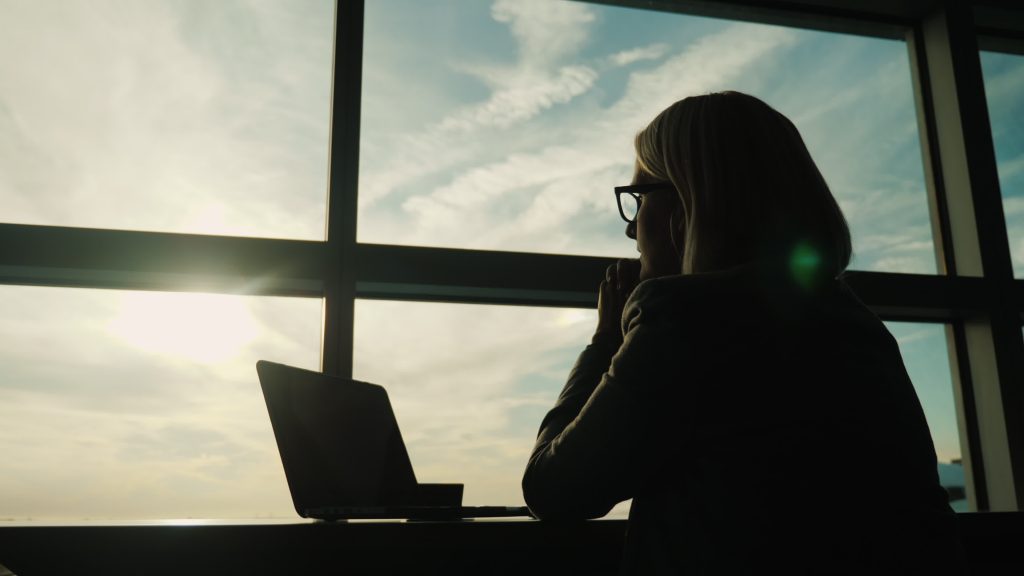 Maybe you’ve spent your entire adult life making a decent living as an accountant or an engineer or the front-end manager at a department store. Paying the bills. Biding your time. Secretly dreaming of being something others would consider impractical, like a painter, a singer, a trapeze artist, or an international aid worker.

Maybe you’ve always been considered the “quiet one” in your family or your group of friends. The one who is reliable and consistent and supportive and never makes waves. And somewhere along the line, people have confused these qualities with the idea that you have nothing of importance to say.

Or maybe, when people encourage you to “tell your story” — on your website or your social media accounts — you shrink away from the idea. Because you’ve convinced yourself that yours isn’t one worth telling. “I’m just a _____ from _____ who _____s,” you say. “Nothing to see here. No story to tell.”

And so we hear the noise, but we sometimes wait too long to do anything about it. We simply ignore it. Yet everybody else around us, the ones closest to us, hear it. Some of them even comment on it. “What’s that noise?” they ask.

Understanding our stories, personally and professionally, can be a challenge. Too often, we don’t see ourselves for who and what we are. Or we do, and we hide and shrink from it. We even convince ourselves we have to. (Or somebody else does.)

Because ignoring the noise can be easier than doing something about it. At least for a while.

Until it’s not anymore. Until we recognize that we feel stuck. Until it feels as if life is passing us by, and there’s less of it now than there used to be, and it grows increasingly harder to make excuses. To deny the story we wish we could tell ourselves and others … if only we had a better sense of what that story was.

These days, of course, there is no shortage of ways to help people overcome the feeling of being “stuck”. Spend half an hour on LinkedIn, and you’ll be introduced to countless life coaches, business coaches, and mentors for hire. Not to mention an endless string of professional and personal development books, audiobooks, seminars, webinars, podcasts, workshops, conferences, retreats, and YouTube videos …

And now, something I’m about to launch, called Own the Turn™. 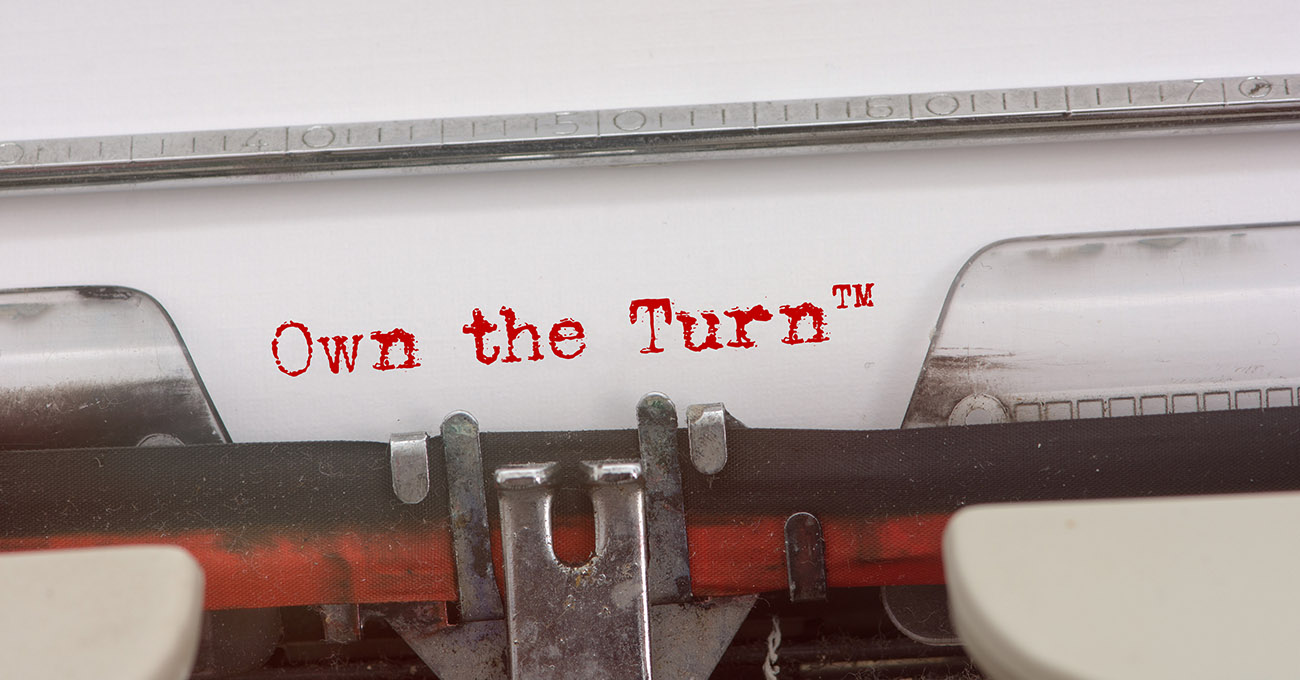 It’s something I developed over the past nine months or so. Roughly the same time period that my car has been getting noisier and noisier. Which seems poetically appropriate somehow.

Simply put, Own the Turn™ is a 6-week online workshop, launching June 29th, that offers participants the opportunity to explore their past experiences through a guided process of writing and honest discussion with others in a persistent, 24/7 environment.

For now, participation in Own the Turn™ is by invitation only. I’m eager to find just the right group of twenty engaged people for this go-round to really put it through its paces.

So if your own “clicking noise” has been getting louder lately, and if you feel like maybe it’s time to do something about it, then drop me a line to let me know you’re interested in participating.

Because the others and I are ready to hear you. And see you. Clicking noises and all.

JOIN THE TRIBE!
What Happened at The Shack ...
Even summer break needs to end eventually. Stories need to end. To be replaced by other fresh, new s...
The Myth of a Simpler Life
Life is hardly simple. But it's easy to think it was once, in a different time or at a younger age. ...
A Tale of Two Normals: Life and Business Under Quarantine
What some are finding it hard to do is juggle two states of being at once. Grieving the sudden and i...
Why Funnels Aren't Enough
Marketing funnels can be a powerful tool ... right up until we figure out we're in one. It's like th...
Story Your Way Through the Dip
As a small business, how do we ride out the dips when things get hard and we get discouraged? One op...