Some weeks, the “Story Winner” lands in my lap, and other weeks, I have to seek it out. When I do, I hit Google and search for words that I think will bring me websites for businesses that have compelling stories to tell.

This week, I went looking for a veteran-owned company, and I was thrilled to find one called Glass Beach Mugs in Maryland.

What’s so interesting is that this company actually sells just one main product. A durable porcelain coffee mug with no handle. And yet the story they tell about it truly excited my imagination …

The story behind the 1917 Centennial Watch Mug™ 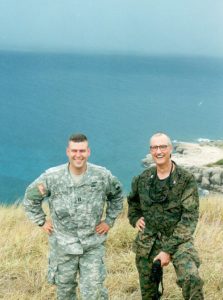 Like many people stationed at Guantanamo Bay, Turk McCleskey (Colonel, U.S. Marine Corps Reserve) was immediately fascinated by the environment of southern Cuba. It reminded him of arid west Texas. Chaparral and cactus eked out a living from rocks and sand, with one big difference — the zone where the desert meets the Caribbean Sea.

In his off-duty hours, Turk explored those margins, and around the time Paul Balassa (then a captain, U.S. Army Reserve) arrived at Gitmo, one of Turk’s sergeants reported an unusual discovery. While scuba diving off Glass Beach, she found a porcelain sherd inscribed “U.S.M.C.” Turk was familiar with the general area, so he planned to look for more. By chance, he ran into Paul and invited him to explore the site together.

As it turned out, Glass Beach was the central dump for the Naval Base at Guantanamo Bay for decades during the early 20th century. In 1917, the base held the largest rifle range in the western hemisphere. In the late 1920s, the enlisted mess hall that supported the range burned and collapsed, crushing the normally durable heavy porcelain dishes from which Marines ate their meals and drank their coffee. To prepare the site for a replacement mess hall, the charred wreckage was removed and thrown over a cliff. In addition to porcelain sherds, Turk and Paul found many other types of debris there, including glass bottles (which gave Glass Beach its name) and discarded metal objects that left rust stains on many of the porcelain sherds.

When Turk and Paul first started finding dated U.S.M.C. sherds, they hoped to discover an intact piece. No such piece emerged from the dirt. And then, one day on the site, it occurred to Turk — make one. 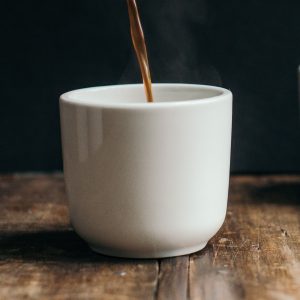 So Turk and Paul partnered with the Homer Laughlin China Company, a giant in American porcelain production that has operated in Newell, West Virginia, for over 100 years. The 1917 Centennial Watch Mug™ precisely replicates both the shape and the industrial process of the original model produced in 1917. The manufacturing process, known as jiggering, mechanically presses clay into a mold with a curved template. Weighing 1.25 pounds, the heavy result is at once durable, functional, and elegant.

The legendary Marine Corps noncommissioned officers of World War One practiced marksmanship under the Cuban sun at the Guantanamo Bay rifle range. They began each day drinking coffee from the mugs that ended up broken in the Glass Beach dump. If they were here today, a century later, those Marines wouldn’t be able to distinguish this mug from their originals. So go ahead and hold some history.

No Handle, No Problem

Some modern coffee drinkers may be concerned about the absence of a handle. Like the original Marine Corps mugs, the handle-less 1917 Centennial Watch Mug™ is built for durability. Weighing 1.25 lbs. and sporting thick high-fired porcelain walls, this is one tough mug to damage. Does it get warm? Sure, but remember: the hands that seized Belleau Wood from the German Army in 1918 gripped coffee mugs just like this before embarking for France. 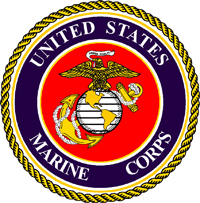 Supporting the National Museum of the Marine Corps

Glass Beach Mugs, LLC, is informed by a vision of corporate philanthropy and historic preservation. We recognize the contributions of our forebears and celebrate their legacy through the commemorative edition of this mug.

We’re determined not to let everyday artifacts from the early Marine Corps slip under the waves unnoticed. Accordingly, Glass Beach Mugs, LLC is committed to financially supporting the National Museum of the Marine Corps in Quantico, Virginia.

Our Made-in-the-USA mug bears a removable hologram sticker indicating it is licensed by the U.S. Marine Corps Trademark Licensing Office. Under that license, a portion of all proceeds goes to support Marines and their families via Marine Corps Community Services.

A few things stand out to me here …

Hats of to these guys for choosing to keep this little piece of history alive, along with all the stories of courage and commitment from more than a century ago that accompany it.

Are there any great stories out there that you think I should feature? If so, feel free to drop me a line or tell us about it in the comments below.

JOIN THE TRIBE!
Are You Afraid to Talk About Yourself?
There seems to be a misconception these days that talking about ourselves on our own websites is bad...
How Much Detail Is Too Much Detail?
The About page is about telling a story that aligns with the needs of whoever the business seeks to ...
It's Not All About the About Page
Our websites and About pages aren't the only places we can tell our business story. Whether we offer...
Thankful for More Than the Least We Need
Scarcity is such a prolific author. and writes so many of the stories we live that we're often most ...
The Cold Months Count Too
As a small business, entrepreneur, or freelancer, did you experience any cold months in 2019? Did yo...